An early start with a pre-ordered breakfast set a good start to the already bright day. As we arranged the team in readiness to cycle to the start it became apparent that the weather was not all it seemed through the windows of the hotel. The wind was ferocious and swirling around that rock like nothing ever experienced.  Heading out towards the start, more and more bikes joined the road in an attempt to get there. Once we arrived at the start area the enormity of this event became somewhat emotional. I really don’t think we knew what to expect but the adrenalin alone would most likely get us round.

1 hour to start. The nerves setting in. Moving into our starting pen was a mission in itself. Ushering around to the start line, waiting patiently, the countdown began. Heart rate rising……5-4-3-2-1….and nothing! There were so many people in front of us that the climax collapsed! Finally the crowd started to move and we were off, heading down Nelson Mandela Boulevard the wind was picking up, through the underpass and the wind hit relentlessly knocking people off their bikes. Able to stay upright the team manoeuvred effortlessly around the fallen – let the climbs begin!  With the calamity behind we soon parted as a team and made our way. The support of local people was beyond belief. Everyone out to support those they didn’t even know – this country gets better and better.

Heading around the course it seemed to be 109km of partying for everyone – the Braais and bands were out and everyone was cheering us on. Id like to think it was personally just for me but there were another 34999 others involved. The wind continued to show force but Chris and myself soon sat into a group and working together seemed to get one over on nature, for now anyway.

Kilometre after kilometre and hours passed the group started to fade and we split, this only made things harder. Nature was now having the last laugh. Soon Chapman’s Peak was upon us. Never seeing this before I was a little taken back by what I seeing. The continual gradient seemed an endless winding delight but each corner you managed you were then faced again with more relentless climbing.

Around 7km of flat or downhill riding followed but with the psychological thoughts of the inevitable Suikerbossie was playing on me. The crowds continued to spur you on, with the organisation of this mammoth journey everywhere to be seen we were soon faced head on with it. The last one. The Suikerbossie!  Middle of a pack head down trying to ignore the pain. Then, the cramp, the undeniable lock of muscles, I was down. Having to massage my thighs in order to do simple thing like straighten my legs. Back up and off I went with the focus of nothing more than the finish.

As we approached the finish with only a few Km to go the support that had been there throughout was growing in numbers. Camps Bay, Sea Point, the finish, the place was packed. With the finish in sight and still with the wind trying to crucify us we put our heads down and peddled. Nothing could stop us now. Across the line as a victor to natures cruellest.

This was an experience I could never forget!

The K3 Syspro team have so far raised over £3,000 towards a new Sensory/Light room for a local school for children with special needs – Springwood Primary. You can find out more about our fundraising on our community page.

The team went head to head with the SYSPRO head office in South Africa – beating their time by 9.5 hours! Well done all!

Want to join the discussion?
Feel free to contribute!

Stay up to date with everything K3 Syspro related by subscribing to our news feed. You’ll be notified whenever we post.

As a thank you to all our Customers, SYSPRO are offering you free access to the SYSPRO Learning Channel. 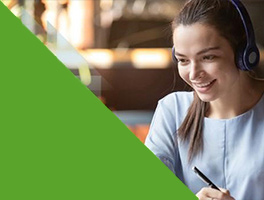