Directa have been suppliers of Tapes, Signs, Packaging and Cleaning supplies to industry for over 45 years.

Stocktaking can be an arduous task for any company if the approach is manual. That is why many forward-looking companies have asked K3 to help them harness the power of the barcode, a 50-year old invention that brings efficiency and accuracy to the warehouse eliminating the need for mountains of paperwork, additional staff and days of cross-referencing documents to items held on the warehouse shelves.

When Directa bought its SYSPRO-based solution, it also purchased two barcode scanners and a Zebra Technologies barcode label printer. Directa purchased the data capture equipment to help streamline its warehouse operation and stocktaking procedures. A traditional company used to manual data capture for stocktaking, Directa decided to call in K3 to help the company get to grips with the auto ID technology.

Directa was concerned about losing data as it moved from paper to a computerised stock management system. However, K3 did all the initial transporting of data with Directa so that the in house team could see how secure and compliant SYSPRO is. In just two days of K3 consultation, Directa had grasped the use of the batch data collection equipment and will be confident enough to use the devices for its next quarterly stocktake in July. Not all 10,000 items have been barcoded yet but three large areas are set up ready to go.

“The consultation stage went really well. The consultant spent two days with us, teaching us how to best use the devices with SYSPRO and how to streamline our stocktake process. He really motivated us to start getting the best out of our SYSPRO system and the Opticon Devices. He provided us with the confidence we needed to start using the software independently. We hope to save time and labour. We hope to free up our Purchasing department so no longer need someone to spend hours manually tallying up stocktake information. SYSPRO should do it all for us through the Opticon devices, making stocktaking that little bit less daunting,” says Cheryl Thompson, Secretary to the Directors, Directa.

Directa’s Opticon barcode scanners are batch data-collection devices. They have been programmed to allow the automatic capture of warehouse locations, stock codes and quantities simply by scanning the barcode, which eliminates the usual paperwork and saves time. The captured data is stored temporarily in the memory of the scanner in a flat data file format before uploading it to SYSPRO via the scanner’s docking station.

The data is validated before it is imported into SYSPRO using the standard bespoke stock take import program. This provides Directa with fast access to accurate information about the physical stock in the warehouse and reconciles it against the stock held in SYSPRO.

Eventually all of Directa’s stocktakes will be completed by simply scanning the items in the warehouse. Once the items have been scanned, it is a simple matter of sending the stock information to SYSPRO using the scanner cradle. Then, the operator logs into SYSPRO, presses import and the system does the rest. The added benefit of adding the barcode system to SYSPRO is the ability to run reports in real-time and analyse them much sooner than before – there is no need to wait for all the reports to be collated manually as the system provides all the information automatically at a touch of a button.

Directa is very pleased with how easy the equipment is to use and has asked K3 to quote for additional devices. Directa will have 4 scanners and cradles that allow for constant charging.

“We run quarterly stocktakes, which previously required a lot of manual, labour-intensive work with someone physically tallying all our stocktake information. We have performed one stock take in our test company so far with the Opticon devices and we have not found any problems. In total, the devices will help to reduce stocktaking by one whole day. Where previously a quarterly stock take would have taken two to three days, we could now get it done in no more than two days, freeing us up to get on with other aspects of the job,” says Cheryl Thompson.

SYSPRO-led research reveals that remote work will become a permanent fixture, but how can industry decision-makers prepare for the shift? It is clear that the pandemic has been a catalyst for change and one notable shift has been the rise… 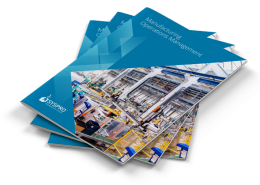 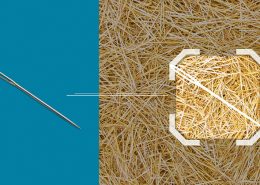 The threat of costly product recalls is having a significant impact on businesses across the manufacturing sector. Leadership teams are coming under increased pressure to track and account for every stage of the production process. They are… 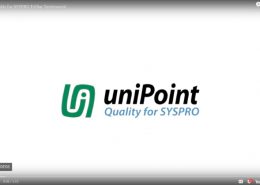 Let SYSPRO and uniPoint walk you through how Quality for SYSPRO by uniPoint seamlessly integrates into your SYSPRO ERP system -- freeing hundreds of hours each year in your Quality Department to take your ERP and Quality System to the next level.
Tyneside Safety Glass