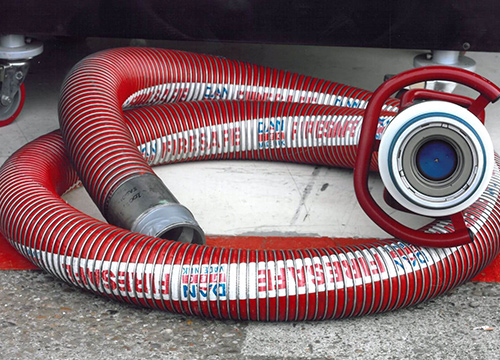 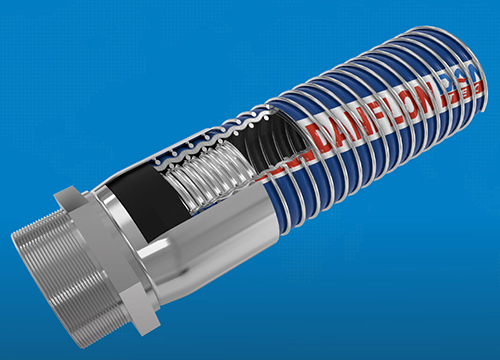 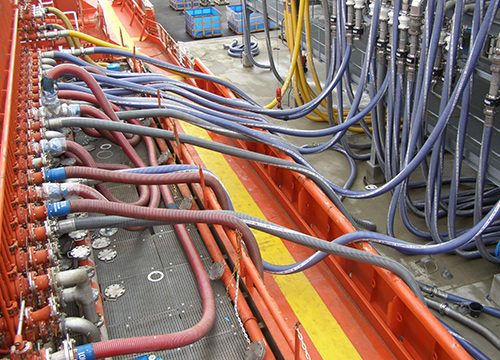 Dantec have quickly become a market-leading supplier of hoses and gaskets thanks to it’s continuous innovation and research. They quickly realised they had out grown their DOS based accounting and sales system and so contacted us to bring their business system up to par.

Having identified key system and control deficiencies, Dantec’s solution was the implementation of a SYSPRO-based ERP system

At its manufacturing base in Moreton, Merseyside, Dantec Ltd designs, develops and manufactures advanced composite hoses and related sealing technology. The company has achieved considerable business growth and technical expertise since its initial move into producing composite hoses as a local supplier for the petrochemical complex at Ellesmere Port.

Continuous innovation and development of hose technology – for example the company specially designed hoses to handle fluid temperatures as low as -200ºC – has turned Dantec into a world class supplier.

Major companies involved in the production and transfer of chemicals, oil and gas, have come to rely on Dantec for their critical applications. As a result, the company has been able to sell its hoses and specialist gaskets to a wide range of industries in over 55 countries.

However, as most SME’s discover, the need to meet the demands of a growing, diverse, and more expectant customer base can lead to a significant increase in business process complexity. Four years ago, Dantec’s management realised that internal control processes and systems were increasingly at odds with the effective management of the business.

In fact, the company, like so many others, found itself trying to run a market leading business using an old DOS based accounting and sales system, which had been bent as far as it could go, and a range of paper or spreadsheet based control systems.

As Dantec’s IT and QA manager Derek Connolly explains; “Our technological and manufacturing success had taken us to a size and market position that was well beyond what the company’s basic control processes and systems had been designed to cope with.” He adds, “For instance, we could not get fast enough access to the crucial sales and finance data needed for effective decision making, and the almost non-existent IT support for manufacturing and assembly was becoming a major hurdle.”

Recognising the need for change, the company’s first step was not the typical headlong rush into throwing technology at the perceived problem, but to stand back and then begin to process map the whole business with the help of an outside consultant. The review procedure looked at key activities from sales processing and general management to manufacturing control.

“Mapping confirmed our fears about existing systems, ie that decisions were not being made, or the wrong actions taken because people either did not have the information they needed, or the data they were using was inaccurate,” notes Connolly.

“It also highlighted the key areas where we needed totally new control practices and effectively proved that if we were to maintain both financial growth, and our position as a world leader in the market, a major change was needed.”

Having detailed the real problems, the company went looking for the right solution. This meant selecting a fully integrated IT system that could deliver a rapid flow of information around the business, and provide a structured framework for imposing greater management discipline, better decision co-ordination and creating structured and effective control practices in key departments within the company. After reviewing three different ERP products, using the mapping process details as decision guidelines, the company selected K3 Syspro’s SYSPRO ERP system.

A year after the initial implementation of SYSPRO, the company has an integrated finance, distribution, sales and manufacturing system that is not only helping to provide business stability, but is acting as a catalyst for driving change in certain aspects of the business through improved information flow, better practices, greater discipline and more effective control.

“The introduction of SYSPRO ERP has been a major step forward for the business,” observes Connolly. “In practical terms, we now have a comprehensive and integrated system for managing and controlling Purchasing, Inventory, WIP, Warehousing – none of which we had before. Moreover, the far more sophisticated sales order processing system means we have rapid and easy access to the sales data and almost instant visibility of orders for assembly, something else we did not have.”

Dantec believes one of the biggest system benefits so far has been the impact on the overall management of the business. Previously, it was almost impossible to extract easily, quickly and in any meaningful form, general management information on anything from cash flow and sales to stock levels.

With SYSPRO, the necessary information is readily available, and using a third party report writing package (Microsoft’s Access), Dantec’s managers can easily create essential reports on all the different areas of the business. And, now that senior management is getting this information, on cash flow, order books, margins within days – instead of weeks after the event – they have the chance to react much more effectively to events. For example, sales reporting shows overall sales for the set accounting periods, and breakdowns and rankings for every product, together with the breakdown of individual orders and value levels.

With this new degree of detail, the management team has been able to establish much more informed control over the operations activities, and concentrate on managing closely those products and orders that are most beneficial for the business.

As regards the day to day running of the operation, one of the areas where the new ERP system has already delivered significant improvements is within stock control. Previously, stock levels were simply recorded on the system, and managed, as a single value.

This meant that all stocks of different types of hose, and all the sealing items and accessories that the company either makes or buys-in as factored items to sell on, were all mixed together. Essentially, the system provided no visibility as to what was actually in stock, and this was left to irregular manual checks.

With SYSPRO and its multiple warehousing capability, different items are now assigned to different warehouses, and so management – and sales and manufacturing – can now identify exactly what is in stock, and manage this much more effectively. “Overall this new capability has enabled us to significantly reduce inventory levels,” reports Connolly.

The new system has also had a major effect on manufacturing and assembly. In the past the lack of effective or ‘closed loop’ control systems meant that reported inventory and WIP often ‘disappeared’, either because it did not actually exist, or it had already been allocated to an order, but this had not been recorded. Moreover, the old sales system did not provide any visibility of demand for assembled hose.

As Connolly explains, “It could be days after we first received an order that the assembly operation got sight of the details on hose requirements and components needed. Combine this poor stock data, and disappearing WIP, and getting hose assembled efficiently and delivered on time was a real nightmare.”

Now, better inventory and WIP control not only means that hose manufacture is planned more effectively, but that the assembly operation has a much clearer idea as to what is really available to meet orders. Combine this with almost instant access to the data on new orders, and the result is that Dantec has also seen major improvements in production.

“We will also see additional gains from the implementation of MRP,” states Connolly. He concludes, “However, we have yet to make this step, as we are still in the process of educating people into the system, the new practices required and in particular the discipline of accurate and on time data recording.” 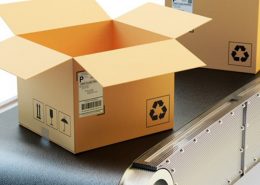 The UK packaging industry is a key economic driver. According to Innovate UK, the sector boasts annual sales of £11 billion and employs 85,000 people. Yet its manufacturers face tough challenges. Be it supporting the sustainability agenda, extending product shelf lives or offering new lightweight materials, they are all searching for new solutions. Adopting ERP is key to that transformation and K3 Syspro is here to support manufacturers every step of the way. 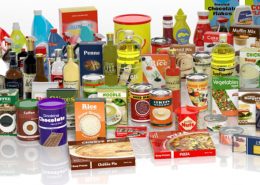 There’s nothing to get excited about. There are no bells and whistles, you can’t eat it, it doesn’t fly, and even if it is beautifully designed and made; it is destined to play second fiddle to the product it is packaging. Unfortunately, that’s just the nature of the packaging – it’s a throw-away. So how do manufacturers of packaging make the throw-away profitable? 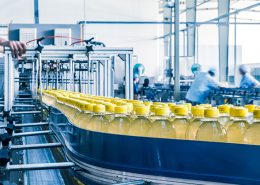 Plastic is still the most used material in the world but a different revolution is on the horizon. A revolution affecting all sectors of manufacturing, not just plastics. A revolution that you can’t possibly fail to have heard of. Yet like so many, may not fully understand how it will affect their industry. 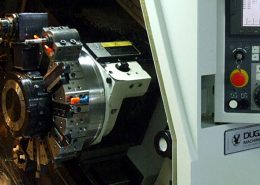 An independent engineering company, which is one of the UK’s largest stockholders of quality engineering and advanced thermoplastics, has chosen K3 Syspro’s ERP system to help the business move forward.
Extract Technology