Bendalls have a track record of manufacturing the mission-critical equipment sitting in the heart of multi-million pound processing facilities around the world. 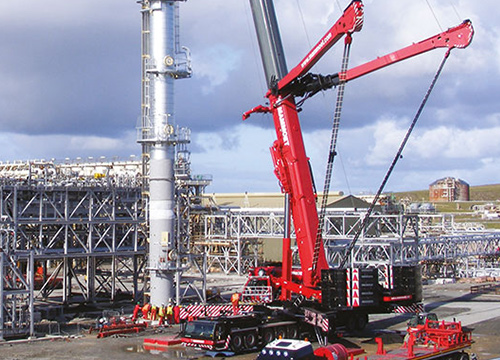 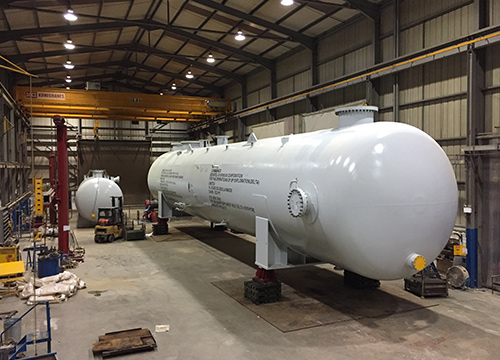 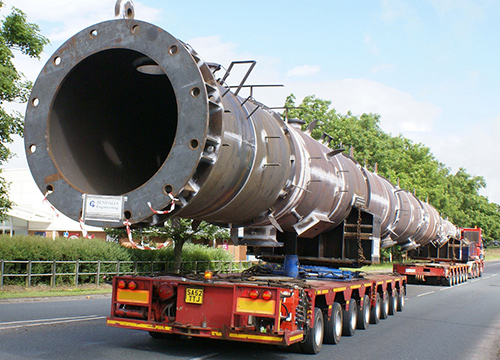 Bendalls are a ‘make to order’ business that were looking to improve their current choice of “business system” as it was failing to meet expectations. A move to SYSPRO proved the right one, with sales, engineering, purchasing and accounts each having access to a single data set.

Bendalls Engineering, a division of CARR’S Engineering, was founded in 1894 and designs and manufactures specialist steel fabrications and assembles electro-mechanical equipment for a wide range of industries.

The Right Tool for the job

For Bendalls Engineering, the SYSPRO ERP system has proven to be an ideal solution in meeting its specific engineering-to-order business requirements. Design and engineering skills have always been at the heart of UK manufacturing, and while the mass producers are disappearing rapidly, or shipping production overseas, there is still a core sector of companies who succeed in the UK by designing, engineering or making products to order. However, with global competitors increasingly offering more than just low cost labour, these companies are also now under massive pressure to reduce lead times and improve ‘customer service’.

In looking for ways to help to deliver the improved processes and management control needed, these low volume ‘make to order’ businesses are now following the route adopted by traditional high volume manufacturers, and introducing more and more sophisticated IT solutions; in particular ERP systems. Yet, as many have found, their businesses differ from mass producers in a number of fundamental aspects, but these differences are not always catered for by many of the traditional accounts and process based ERP systems available. Moreover, with make to order manufacturers tending to be SMEs, they often do not have the IT and process expertise to recognise potential pitfalls.

One company that initially fell into this trap is Bendalls Engineering. Recognising the need to improve key aspects of its business, and the potential benefits of computerisation, the company embarked on the implementation of a ‘business system’ covering manufacturing, purchasing and accounts. But, as it soon turned out the solution chosen was unsuited to its needs. As Neil Murray, Finance Director for Bendalls Engineering, notes, “It was the wrong system for many reasons, and this was compounded by poor implementation. As a result, it failed to provide the benefits that had been anticipated and soon fell into almost disuse by much of the operation.”

However, with growing pressure to move forward, and using its past experience and new in-house IT knowledge as a guide, Bendalls Engineering then selected and implemented a SYSPRO ERP system from Manchester-based K3. This is now proving to be the right system, providing an integrated data flow business wide – with sales, engineering, purchasing, production and accounts each having access to a single data set through their own workstations. In addition, the system’s flexibility is enabling it to be used by Bendalls to deliver the greater discipline, practice improvements and enhanced project management that the company needs to compete more effectively.

Bendalls Engineering, a division of CARR’S Engineering, was founded in 1894 and designs and manufactures specialist steel fabrications and assembles electro-mechanical equipment for a wide range of industries. For example, its experience of the petrochemical industry spans many continents. Project destinations, for products from Pressure Vessels to Gas Scrubbers, run from Azerbaijan and China to the United States of America. While its clients include most of the major global players in the industry. Equally, the company has supplied the nuclear industry for over 45 years, and is now an approved supplier to British Nuclear Group. Most recently, it was appointed as Lead Supplier to the BNFL Sellafield Site for the supply of machined and steel fabricated spares.

In meeting the requirements of these customers, the first clear distinction between how Bendalls operates and that of a typical manufacturing operation, is that design and engineering input is almost always the starting point for every order. As a result, its internal management processes and systems have to operate within an environment where there is very little in the way of standard products or even subassemblies, no Bill of Materials (BOM), no forecasting of demand, no standard costs, no buying in materials in advance, and so on.

Similarly, for mass producers, the production focus is on managing and improving processes, to control and improve costs, lead-time and quality. While Bendalls, as with all ETO companies, needs to focus on every aspect of each job, in order to keep costs within budget, to meet set delivery dates, and to ensure quality – for products that need to remain safe and reliable in the most hostile of environments – is never compromised. In fact, key operational differences run throughout the businesses even down to dispatch and invoicing, where detailed documentation packages have to be put together for each product and approved by the customer.

Unlike the earlier business system that failed to take account of these operational differences, the key to the successful introduction and ongoing development of SYSPRO at Bendalls is that it has proven flexible enough to ‘logically’ and effectively encompass the way the ETO business has to operate – from quote to invoice – and provide the management support the company needs.

As soon as an order is received, SYSPRO creates a job number and job file, without the need for a BOM. From this point, all the important information and documents relating to the job are made accessible through this file.

For instance, the company has developed its own estimating system for pressure vessels, and these quotes are now easily fed directly into the ERP system and held within the appropriate job file for ongoing reference. Also, once an order is won, the company’s first task is to produce production drawings, within the in-house CAD system. However, while these drawings are still being produced, engineering can now provide access to an incomplete parts list of long lead-time materials and components through the job file.

This enables the buyers to immediately start to work off this list, raising orders against the job number. Once the production drawings are complete and approved by the customer, these along with the final part list are then also made directly accessible to everyone through hyperlinks within the job file.

Further, as soon as bought in items are received, checked and passed by inspection, the test certificates are cross-referenced within the file to the published parts list. Similarly, final product inspection and certification details are recorded within the job file. This helps to ensure complete traceability of materials, components and work throughout the production process.

As Murray observes, “Since the introduction of the SYSPRO system, jobs are just so much better ‘hung together’ as regards to everyone having easy access to information they need, when they need it.”

Crucially, tracking individual job costs and progress on a daily basis, if necessary, is also an easy task. The system’s WIP module allocates costs to individual jobs, with labour entered manually from daily timesheets, and material costs set against the jobs as soon as items leave inspection. From this data, the company now produces a weekly modified report that shows the total cost build up of each job to date (hours worked and materials in), along with the cost of committed materials. The report also includes the original estimate, and this enables ongoing reconciliation of actual cost against estimate.

“Previously, cost information was just not accessible in a format that was readily useable. Essentially, single job reports were just not possible, and it was a case of accessing all labour costs and material costs and manually cross referencing them. A very time consuming and error prone approach,” explains Murray.

He adds, “This modified WIP report has become a major part of our production control system, and typically forms the basis of production meetings. We can monitor individual job costs and progress. As soon as a project starts to go off track we know about it and can take corrective action. For instance, if the variances against the estimate do not look right, we can quickly audit a project and track costs and activities back to their source. As well as identifying potential problems, the data can also become the basis for a claim if it is found that modifications requested by the customer have caused these extra costs.

Further, by using the report’s data to assess the progress of all the ongoing jobs, production control can now readily determine present and future work load and see which fixed resources may become stretched, or conversely identify where there might be low utilisation.”

The integrated nature of the SYSPRO system offers a ream of general benefits, which the engineering department has become increasingly keen to exploit. For example, accessing the WIP module allows engineers to look at current jobs, to monitor stores inventory and track supplier lead times. While the purchasing module provides engineers with immediate access to the order history related to a specific job, or supplier. Also, the department has found that the ability to easily access report summaries, and transfer these into MS word or PDF format, is extremely useful for providing clients with progress reports and suppliers with expediting reports.

The system has also brought new disciplines, such as the inputting of information at the right time, to key activities. For example, previously, orders would be placed with agreed suppliers, but without getting a proper price. The practice was to update the files later. Now, not only does this poor practice become widely visible, but the resulting incorrect build up of costs – and its detrimental impact across the business – is far better recognised and understood. As a result, those personnel involved in this activity now maintain a much stricter system discipline.

“In the past the excuse was always that people were ‘too busy to do it properly’. Yet it is now obvious that when tasks are done properly and the set disciplines followed, it actually saves time and effort,” states Murray.

Finally, the preparation of accounts and invoicing has become ‘more professional’. Again, previously, cost information, product documents, test certificates and inspection reports were scattered about the company, and as a result this could cause delays in completing jobs, to the point of holding up dispatch, or final payments, while customers were waiting for final documentation. Now, with all essential information held, or accessible, through a single centralised data source, the preparation, validation and submission of a complete documentation package at the end of the project is much faster and efficient.

As Murray concludes, “The SYSPRO ERP system has been proven in meeting our specific needs. Everyone has immediate status visibility on every job, from order to final invoice, and a raft of detailed general information and key analysis data is available within seconds. At the same time, we have seen improvements in the way we operate, in every department. Overall, we are not only managing individual jobs more effectively and efficiently, but the system has made managing the whole operation far simpler and easier.” 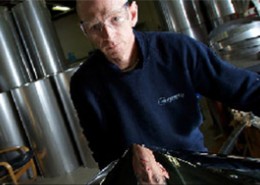 A family-owned manufacturer of commercial and domestic flue systems is expecting to significantly improve efficiency for more than 200 workers, and launch a new online ordering service, after investing in a fully integrated Enterprise Resource Planning (ERP) solution from K3 Syspro. 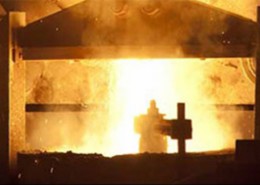 K3 has won a contract to supply a fully integrated SYSPRO Enterprise Resource Planning (ERP) solution to Chamberlin & Hill Castings. It will provide the management tools to give C&H Castings full visibility of its manufacturing operation, delivering a clear view of processes, procedures and costs. 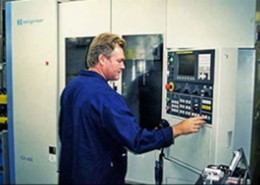 Precision engineering company Bowyer Engineering is aiming to halve the time it spends on accounting after investing in a single integrated enterprise resource planning (ERP) system from K3 Syspro.
Invertec